Sharpnado.MaterialFrame gets its own github repository to showcase all its theming power: 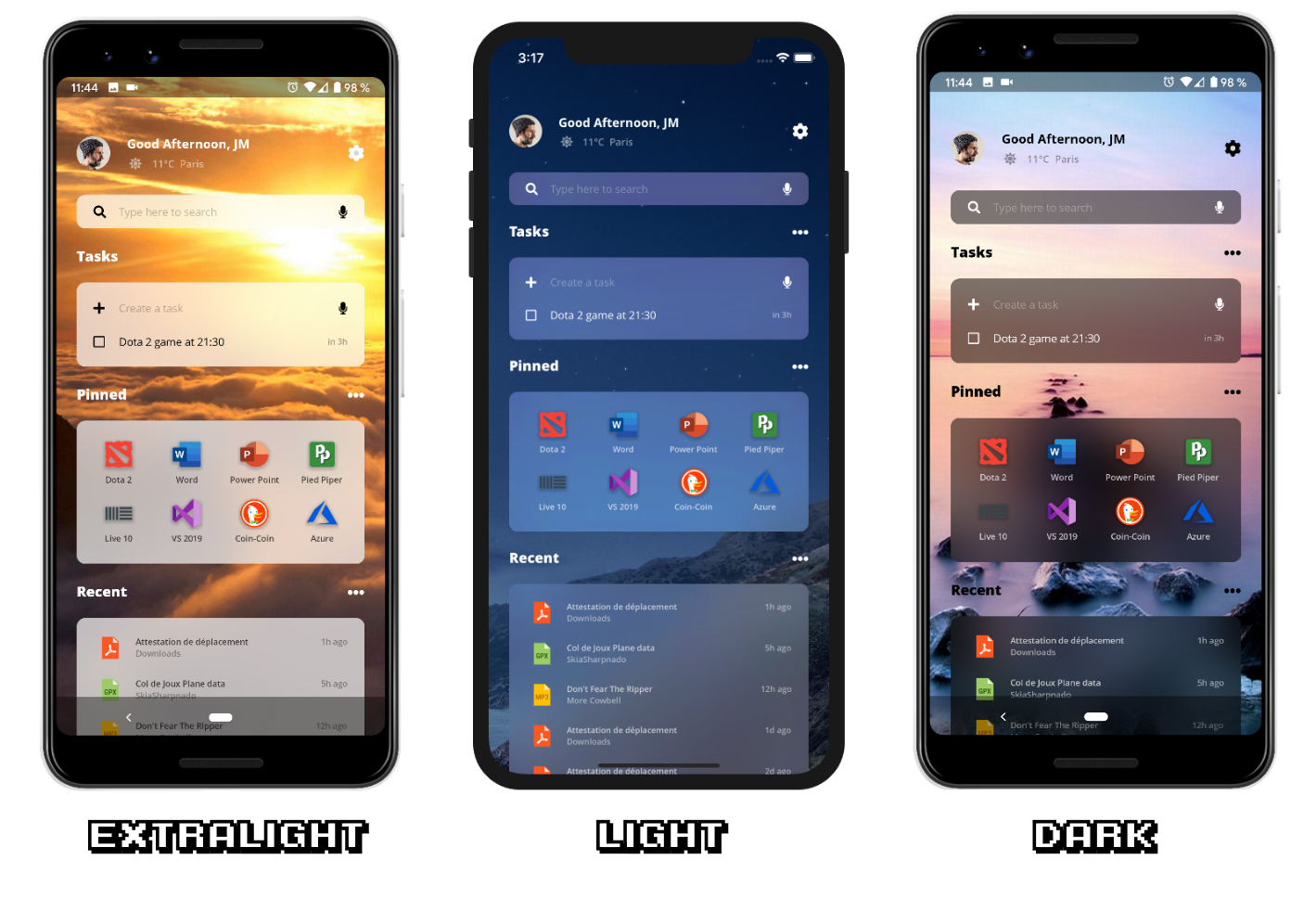 On Android it has advanced blur customization:

Read the doc on https://github.com/roubachof/Sharpnado.MaterialFrame.

Hey man this is not Acrylic!

Been jamming on some UI for my #AnimalCrossing app. Switched over to #Sharpnado tabs from @Piskariov and fancy Acrylic UI :) Looks really nice :) pic.twitter.com/vMSmMtCeD6

Then someone replied with the most incredible outrageous message.

Well he was totally right :) 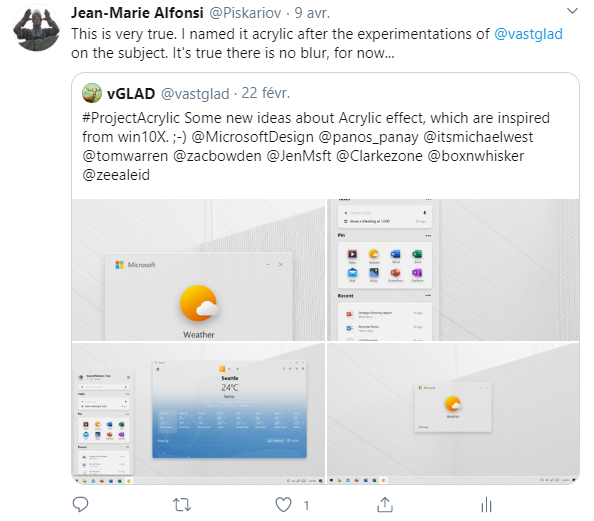 Acrylic effect is a blur effect with some kind of opacity, and it was next on my list for the MaterialFrame.

Dynamic theming in the Silly! app

For iOS, the implementation was really easy: it's just supported by the UIVisualEffectView.
I just had to add this kind of view as a sub view of my native iOS UIView and it was it :)

For Android, well, it was a hell of a journey.

I did my research, and found two solid candidates:

For the first one, there even was a xamarin binding:

Since my android renderer is implemented with a CardView (which is a FrameLayout), I thought BlurView was the closest to it (it also inherits from FrameLayout).

Since the implementation was really small, I just converted the java code to C# code. It removes the reference to another nuget package, and you can really adjust it to your needs.

After a lot of testing, turned out that it was less usable and solid that I thought.
First it works badly if you just use it in a UI hierarchy behind another view, it kinds of blur together the background elements and some front elements...

Also the rendering was sometimes flickering.

So I just disabled the BlurView implementation and traded it with the RealtimeBlurView.

The implementation for the RealtimeBlurView is simpler and made by a solid member of the Android community.

It went smoothly till I stumbled upon a Xamarin.Android bug:

To overcome this issue I created a special Android configuration property:

AndroidMaterialFrameRenderer.ThrowStopExceptionOnDraw => If set to true, the rendering result could be better (clearer blur not mixing front elements).
However due to a bug in the Xamarin framework https://github.com/xamarin/xamarin-android/issues/4548, debugging is impossible with this mode (causes SIGSEGV).
My suggestion would be to set it to false for debug, and to true for releases.

If you're not debugging the app won't crash but annoying UNHANDLED EXCEPTION will be spammed in the logs.
So I created another issue for this:

It is a weird error caused by an Exception thrown in java runtime and caught in C# runtime:

Anyway, this was an issue for me, but it won't be one for the users of the MaterialFrame, all those scenarios are taken care of with the ThrowStopExceptionOnDraw android property.

As said, just set it to to false during debugging sessions, and to true in RELEASE (or DEBUG without debugger attached).

As written above, if the property is set to false, the draw method will just return without interrupting the draw chain (no StopException is thrown). So elements in front of the blurred view will also be mixed in the blur. 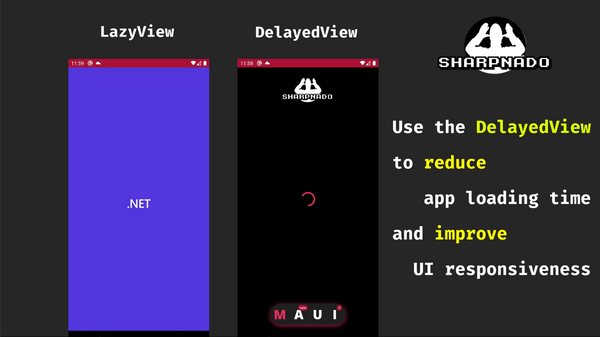 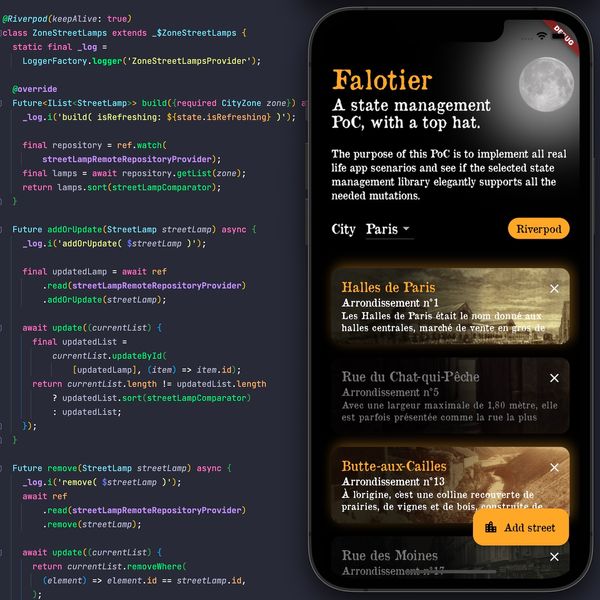 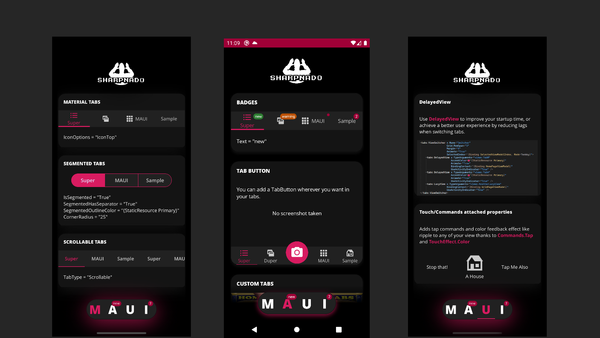